This month's Island Batik Ambassadors challenge was to make a baby quilt.  I received a wonderful bundle of the Batiks Go Retro Collection by Tamarinis.  I knew right away that the graphic nature of these prints would work fabulously for a Passacaglia quilt.  This is one block of a larger pattern from Millefiori Quilts by Willyne Hammerstein.  My mother made one and I wanted to try it (though I did my English Paper Piecing by Machine rather than by hand.  I ordered pieces double the usual size from paperpieces.com and had a blast using the collecting to make a baby quilt! 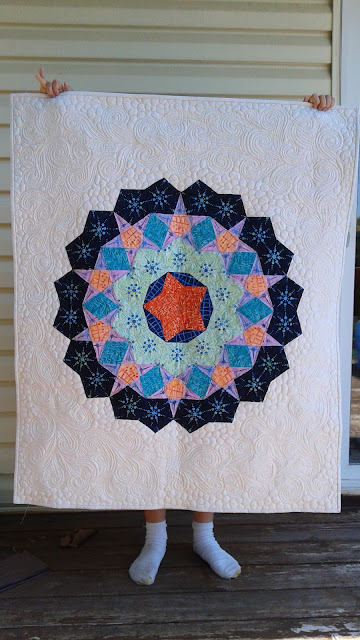 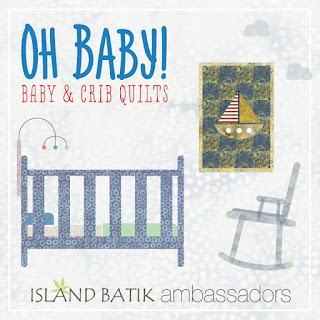 I started with the center star using these great orange shapes. 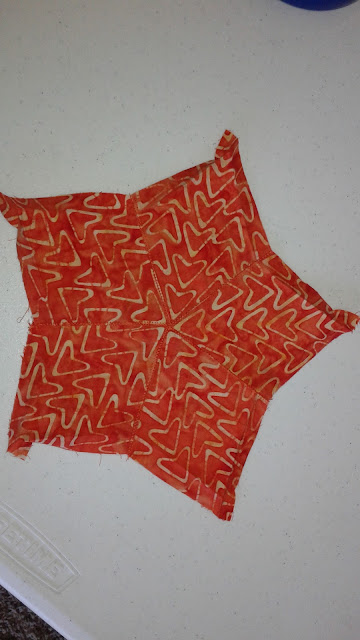 Then I added some blue pieces for a lot of contrast. 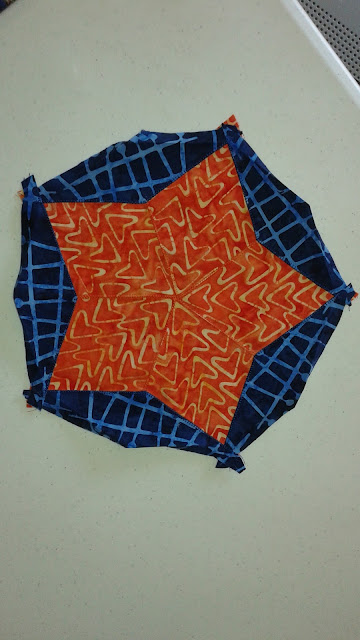 Next I made ten stars.  I fussy cut the purple so they would each have a starburst in the middle.  Because after all, half the fun of paper piecing is fussy cutting fabric! 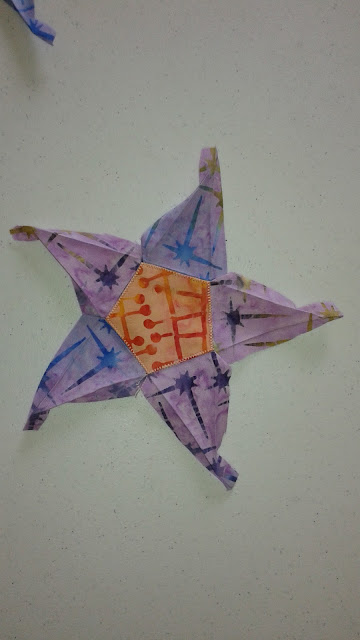 Then I added diamonds to the stars and formed them into a ring. 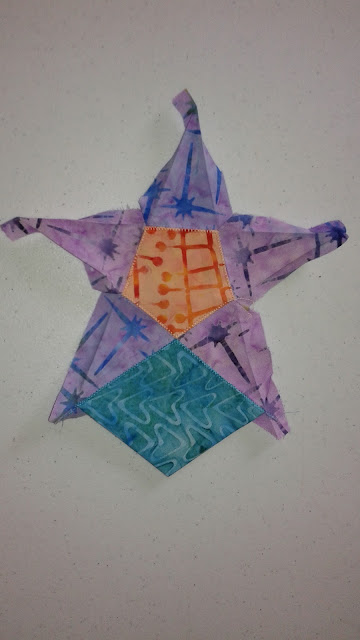 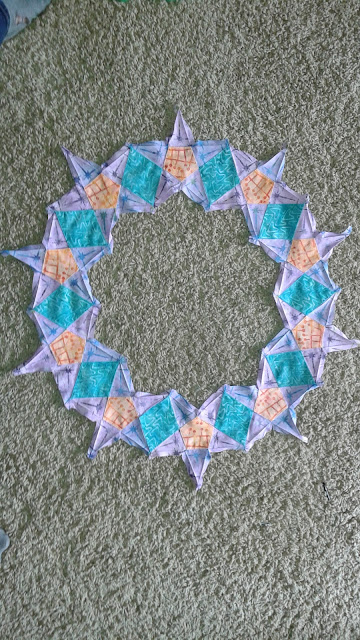 Then I assembled the pieces and added the dark blue border.  So much fun! 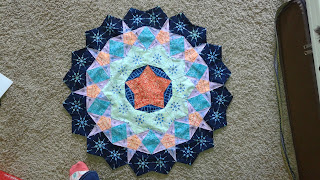 Then I started quilting it and having fun.  Here's a few final shots of hte quilting. 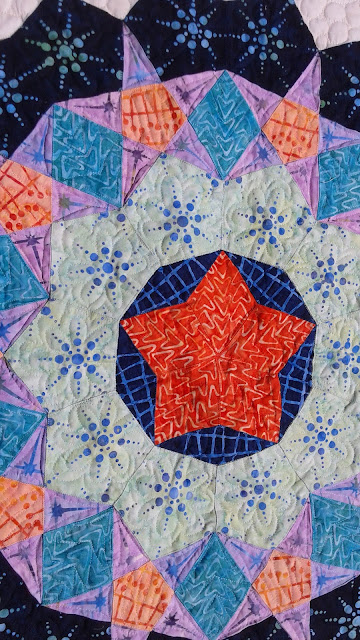 I tried using some echoed curls like Angela Walters does, it's not as fluid as hers, but it was fun. 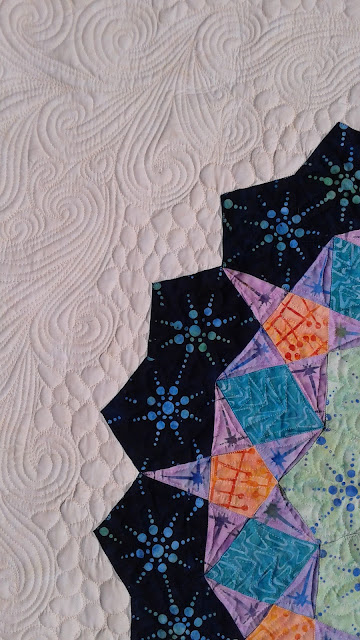 As usual, working with Island Batiks was a blast! 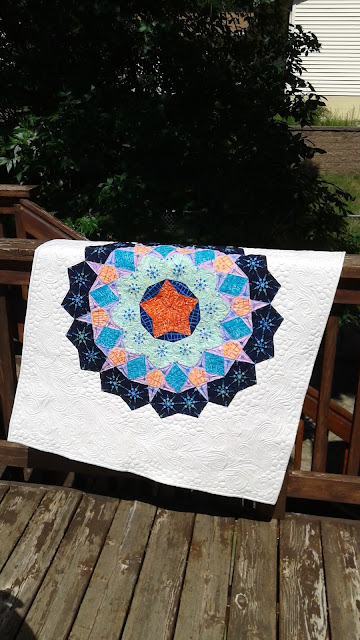