All Fired Up - Designing the Quilting 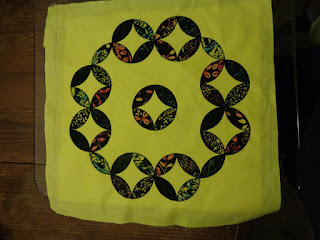 Now...time for the quilting!  One thing I always challenge myself to do is to try something new in each quilt.  I just finished taking a class on iquilt by Judi Madsen.  It was wonderful and I highly recommend it.  It was called Quilting Makes a Difference.  In the class, Judi talks about how she makes different kinds of feathers in a series.  First a regular feather, then a hook, etc.  I decided I had to try this because it's something I've never done before.  AND if you are following my blog you know that I think you can never have enough feathers!

So, that decided, I started playing around.  I drew outlines of my leaf shapes on tracing paper.  I then filled the outline with various ideas.  Here are some pictures of possibilities.

The first picture is some feather combinations I drew to get a feel for what I might like.  You can also see I was plyaing with what fill to put behind the feathers to make them show up. 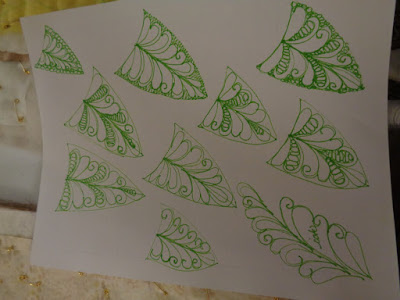 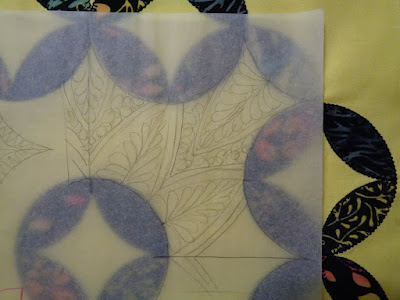 I decided against this design because it seemed to be too much for such a small space. 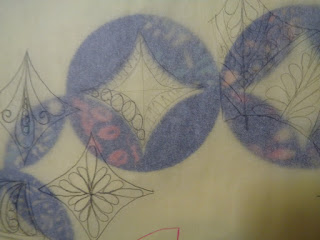 The diamond above had an outline filled with circles.  It's been done plenty.  I wanted something more "mine." 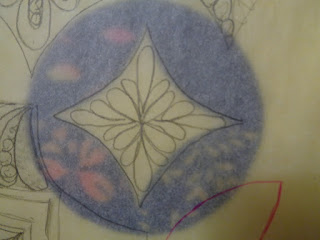 Again, this burst of feathers has been done and it would create a really big buildup of thread in the center. 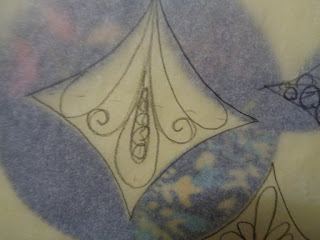 I like this combination, minus the pearls in the center.  They'd be too small to see easily. 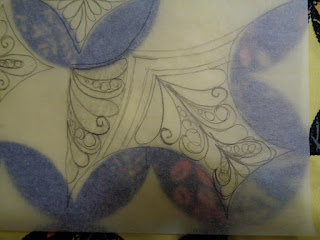 I love this design alternating a regular feather, spiral end feather, and hook feather.  I decided against the pearls, but the rest of the design stuck out and I decided it would be perfect!  Now to draw something to go with it for the outside edge of the quilt 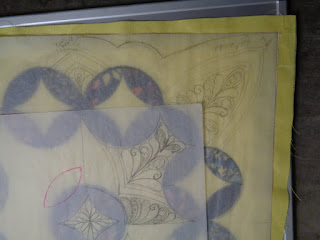 Here is the inside design I liked and the outside I designed to go with it.  Perfection! 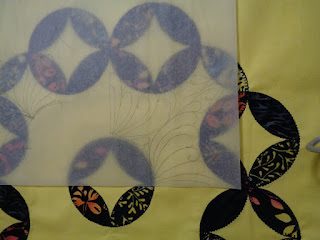 This is another possibility I considered and rejected along the way.  I wanted something other than just filling the whole space with feathers. 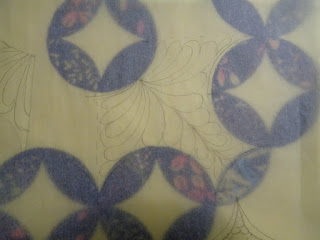 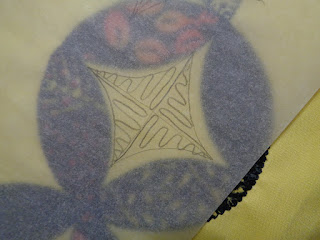 I didn't end up using this idea here, but I LOVE IT!  It's so modern.  It's not the direction the quilting in this quilt went, but it is something I definitely might use later.  Hopefully on a bigger scale!  I discovered that 1/8" lines on a small scale are hard to see if you do them in matching thread.  You see the stitches more than the design.

Now it's time to mark the design on the quilt.  I know I could've marked it with a white Clover pen, you can see it if you go over the area a few times, but I didn't want to hurt my eyeballs, so I chose to mark my designs with a new blue washout marker.  I know they can sometimes be tricky for people, but as long as you wash or rinse the quilt with cold water before you do anything else to it, I've had great luck.

I got out a piece of graph paper to mark my final design on.  I drew my leaf shapes in pink and my quilting designs I needed to mark in purple. 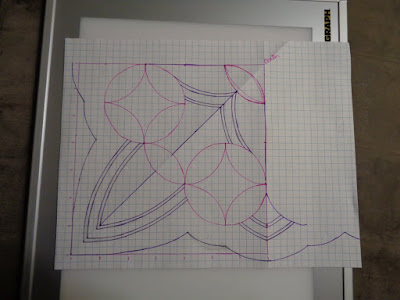 Next, I used my trusty mirrors to make sure I liked the design once it had been replicated in all four corners. 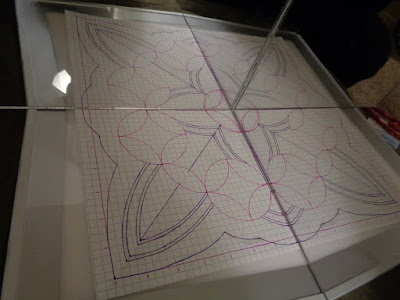 Finally I taped the design to my light box.  Then I rolled a few pieces of tape and stuck them on top to hold my fabric in place when I put it down to trace the lines.   I did all four quadrants lining up the design to the pattern. 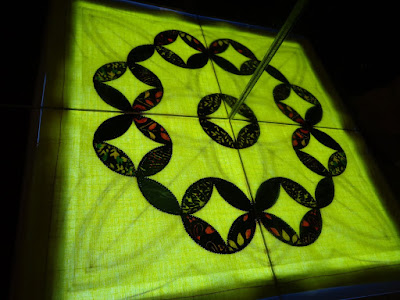 Now the quilt was ready to layer and stitch! 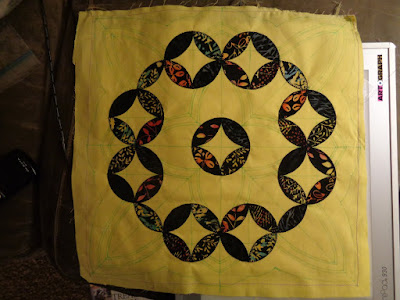 Come back on Monday to see the quilting, binding, and finished piece!
Suzy
Posted by Websterquilt at 2:00 AM