What do I do with the Centers?

So I finally decided how to set my blocks as shown below.  Each dark rectangle has a flower in it. However, I decided I wanted to do something in the center squares to tie the flowers together. 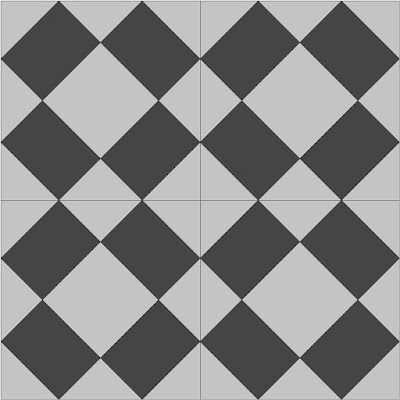 So I started doodling ideas for how to connect those little dots on the flower blocks.  Reading The Inbox Jaunt's recent series about doodling really cemented the doodling process with me. 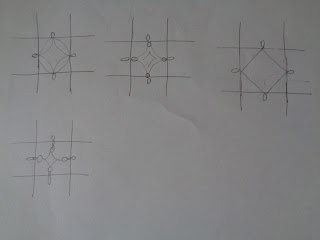 I then took the idea I liked the best and doodled this: 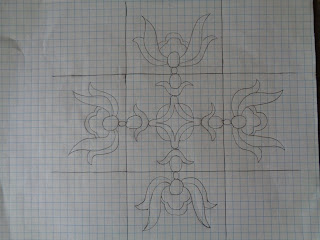 I really liked it, so I refined the center into this: 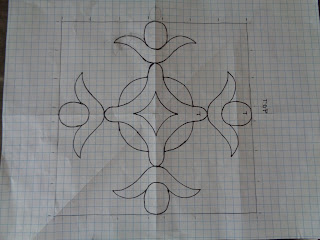 You can see that my original intent was to connect the dots.  However a friend suggested I turn the image like this: 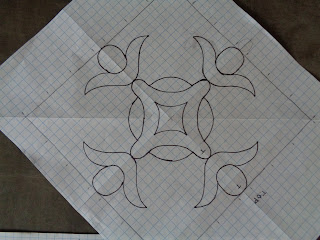 This setting has an advantage.  It still gives the block connection, but I don't have to worry about connecting the dots exactly.  This is definitely still pretty and easier to construct.

So I sat down and cut out some pieces.  I figured that it would be simplest to use a whole rainbow of fabrics with dark gray underneath like so: 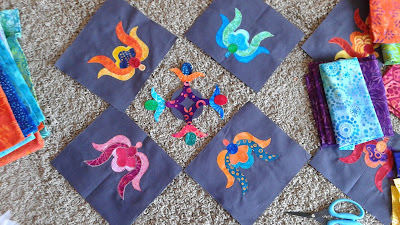 Here are the pieces cut out as I had originally planned.  It's overwhelming to my eyes.  They don't know where to look.  I was so disappointed that it wasn't going to work! 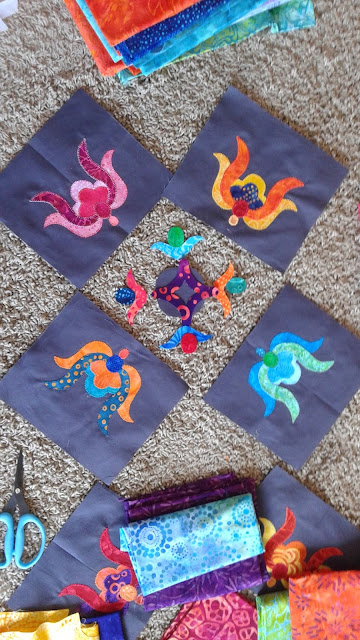 In this picture I tried rearranging the pieces to see if I liked it any better.  No such luck. 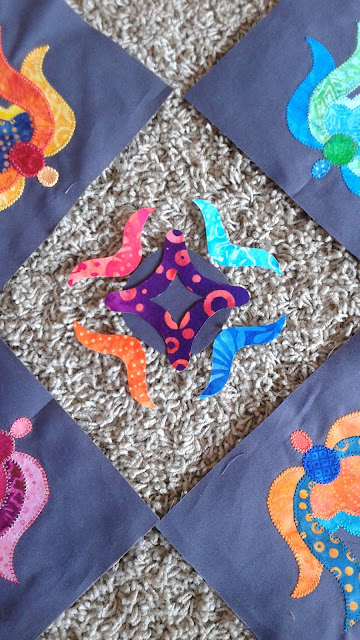 What if I took off the dots and moved where the pieces connected?  Nope, I still don't like it and it still feels like too much.  I even tried laying a black and white fabric in the center and that didn't work either.  I was getting very frustrated. 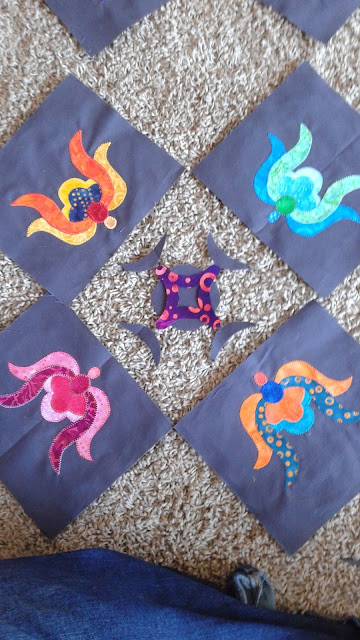 What if I simplified it and only used gray and one print?  It was getting better.  The dark gray definitely works.  Still, it wasn't great. 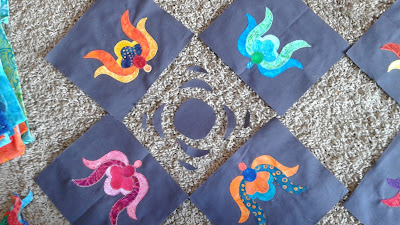 I love this pattern.  Except the thought of doing the double blanket-stitch and having it still look symmetrical.  There was no way it was going to be easy.  I must admit that I am a perfectionist and wanted it to turn out nicely, so I kept going.  I cut a snowflake-like shape out of paper: 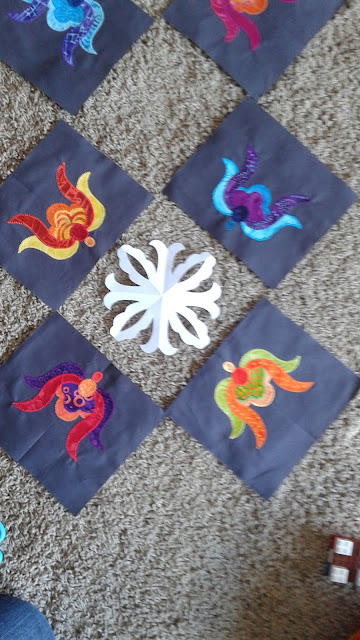 I love it!  The one piece really draws the four flowers together without being overwhelming! 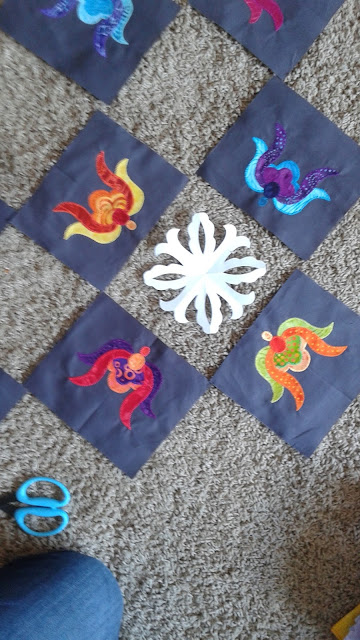 But...I have learned to try all the possibilities before starting, so I rotated it 45 degrees. I like this even better because it looks like the flowers are growing out of the stems.  I decided to go ahead and simply use the dark gray to make the shape.  Here are the finished blocks ready to have the extra pieces cut and be sewn together: 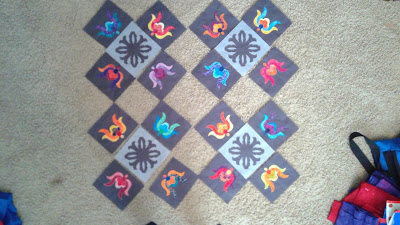 This girl is a happy camper! :)

Posted by Websterquilt at 7:00 AM