I have recently purchased my first smartphone.  I must admit I love having a camera with me all the time, though it is huge.  I saw this window cling on a car the other day and snapped a picture.  I must admit I thought the owner would catch me at it and wonder what in the world I was doing, but it turned out fine.  I really like the dots that help to make the wings of this dragonfly. 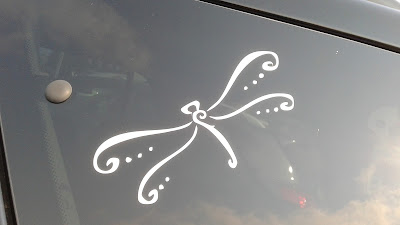 So I started drawing.  I decided right away to make a butterfly instead of a dragonfly.  This is the body that I started with.  I decided it was traditional and boring and erased it completely.

Then I tried drawing one with a curl for a head and a elongated curl for a body.  Then I drew in some curls and dots for the winds.  It's okay, but I didn't love it.  So I erased the wings and tried again. 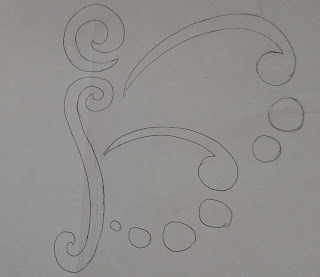 Next I tried long S shapes and curls to make the upper and lower wings.  It's okay, but I don't like the lower wing. 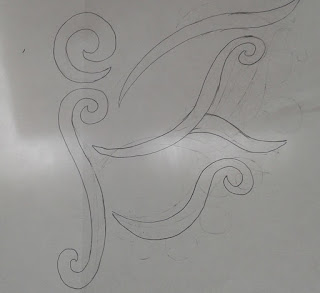 So I erased the lower wing and thought about making it a dragonfly, but in the end I still wanted a butterfly. 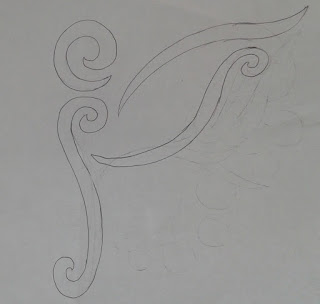 I used the window and traced the left wing so it was exactly the same as the right wing.  I decided that the perfect symmetry really didn't suit this more organic butterfly. 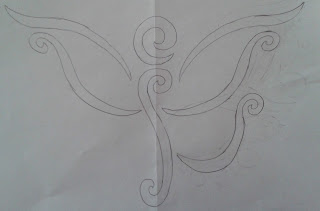 Now I felt I knew what it needed.  Similar wings, but not symmetrical.  Here is the final design: 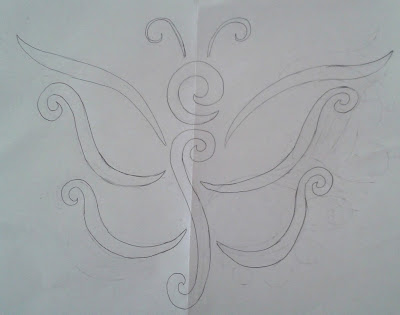 I think the antennae will have to be either quilted or embroidered.  I like that it turned out whimsical and kind of modern.  I am thinking I will either quilt the design and then paint it in or applique it.  Fun for later!

Posted by Websterquilt at 3:56 PM