In my last post about my Island Batik Ambassadors challenge I showed you how I made my Seminole pieces.  Now....what to do with them.  Originally I thought I'd use them as a border for a square.  As you can see below, it didn't quite work out that way!  The pieces wanted to be a diamond because they ended up as parallelograms not rectangles. 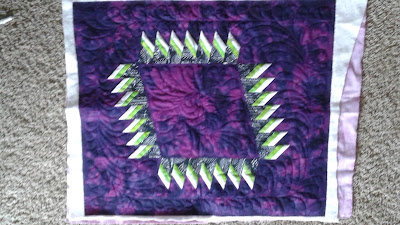 When sewing strips onto my sections I realized that this wasn't going to work....and a little ripping ensued. 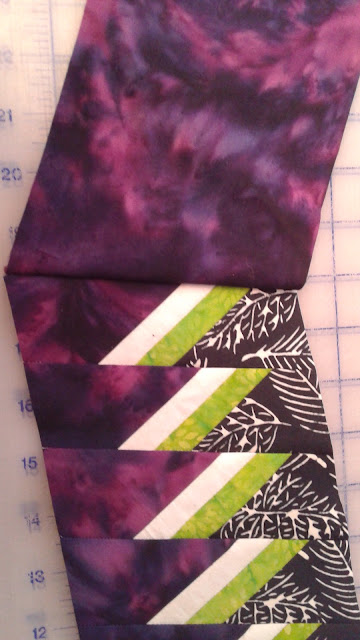 How to get the right angle?  I laid the parallelogram on top and cut the purple strip at the same angle with a ruler.  I had no idea what angle it was, but this method worked well. 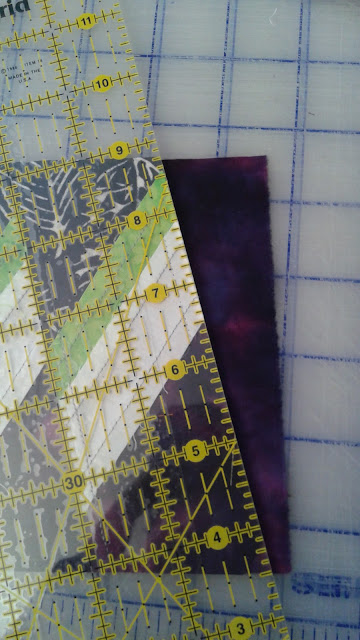 Then I was able to sew them correctly so it became a straight line, not a v shape. 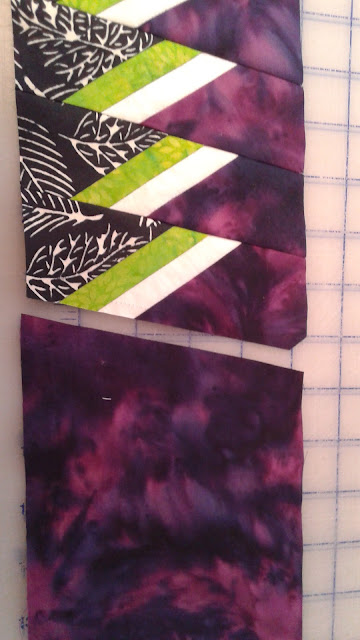 Once they were all done I sewed them into this diamond and got to work on the quilting!  It is after all, one of my favorite parts.  As you can see I haven't quite made it to the binding yet....but I will soon.  This quilt has Hobbs 80-20 Cotton-Poly batting in it.  It's one of my go to favorites. 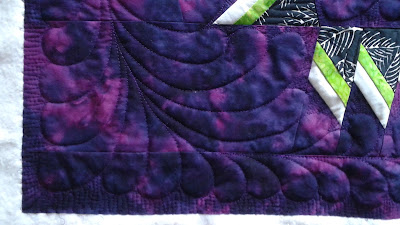 I also did a feathered wreath in the center of the quilt.  It was fun. I also did matchsticks around the edge.  Why?  So the feather edges pop and you can really see them.  It didn't take too long and was worth the effort.

It was hard to know what color Aurifil to use on these feathers.  I ended up using a dark purple #2545,  I decided on the dark instead of the lighter purple because I didn't want the lighter thread to take away from the fabric.  It's such a lovely fabric after all.  It's an Island Batik basic fabric called Blackberry and is one of my favorites! 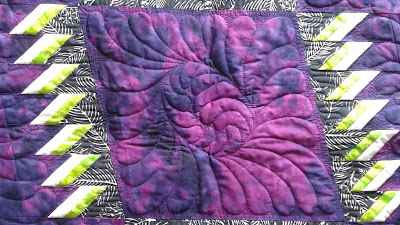