I keep wishing we had more snow so we could go sledding, but since we don't I decided that making a Snowflake Table runner would have to suffice.

I started by drafting a snowflake pattern: 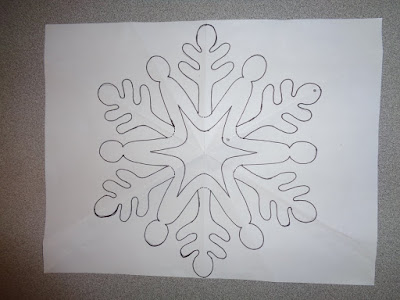 I decided I wanted to do three snowflakes, but I didn't want to blanket stitch around this snowflake three times.  So I took off the more challenging leaf part for the outer two snowflakes and made them simple six pointed stars with dots at the ends.

Now it was time to pick fabric.  Here are some of my considerations: 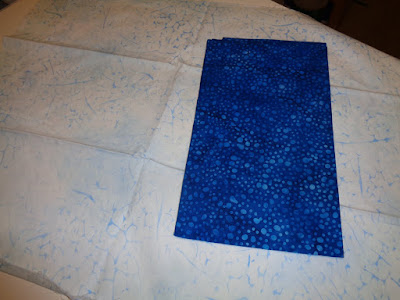 I love this icy blue background.  I thought it would be great to put blue snowflakes on.  I like this dot fabric with it too, but when I thought about cutting the narrow leaf pieces from it I thought the color variation would be too much. 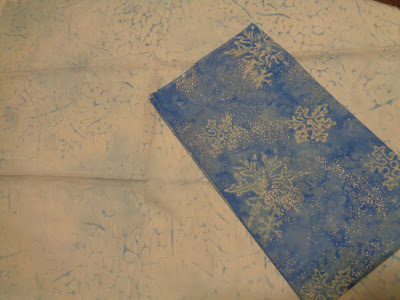 I love the snowflakes in this fabric, but they're not printed evenly and I thought it might take away from my own snowflake design. 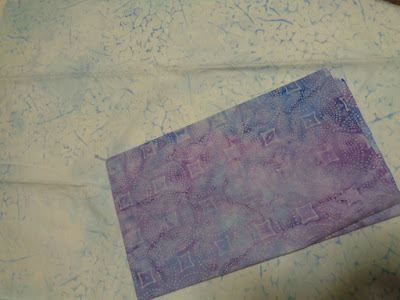 I love this purple and blue fabric and thought it would make great snowflakes.  However, it has 4-fold symmetry instead of 6-fold symmetry like my snowflake. 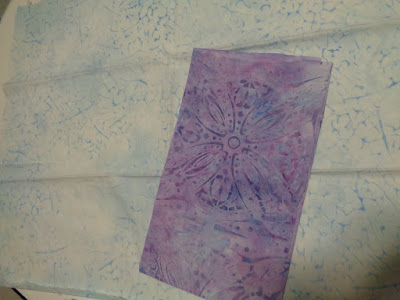 I love this fabric too, but again it has 4-fold symmetry. 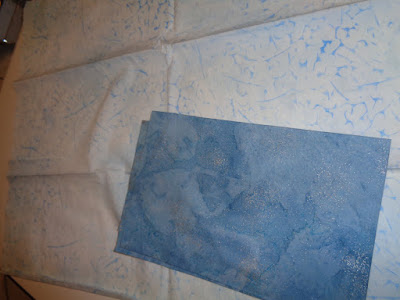 It's hard to tell in this picture, but this blue has lots of silver paint on it and it would've been great for snowflakes, but it was a slightly different color than my background so I decided against it. 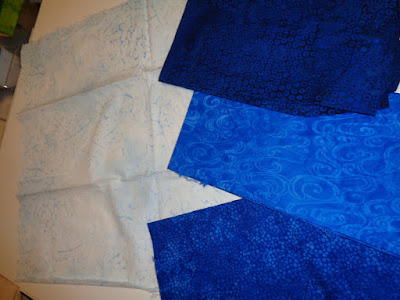 Here are three darker fabrics for snowflakes.  I decided against the top one as it was too dotty.  The middle one was too windy and the bottom one is actually tiny blue flowers so that didn't seem right either. 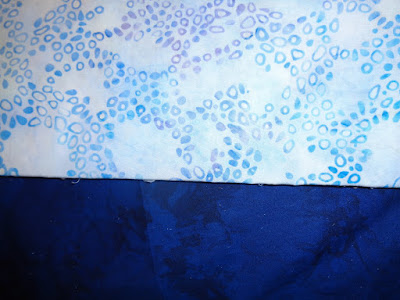 Then I found these two fabrics.  The top one totally reminds me of snow so I decided to use it as my background fabric.  The color varies from turquoise, to sky blue to lavender.  I thought I would use a simple dark blue batik for the snowflakes so that the background could stand out.

Then I did what any girl would do.  I showed it to my mom!  And her comment was that the blue should be the background and the print should be the snowflakes.  I decided that would make any machine quilting I did show, so I went for it...