Turning Inspiration into a Pattern

I've been home from Europe for a few days and have yet to sit down at my sewing machine.  That will come once the house is in shape again.  However, I did decide to design an applique pattern from some European inspiration.

This is a picture I posted in my last blog post.  It is from the Jewish Quarter in Prague. 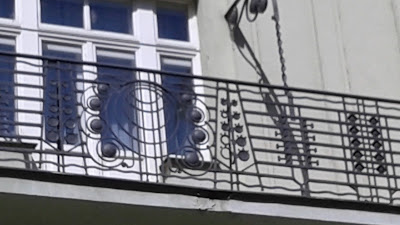 Here is the progression of drawings to final pattern.  I decided to create some kind of interesting flower.  Here is the design I started with based on the circles from above.  I didn't think I wanted four curls on the outside because once I added the third one it looked funny.  I did the circle work in Adobe Illustrator because it makes drawing circles so much easier.  I don't like drawing irregular curves in Illustrator however because I'm not proficient enough at it.  Someday I would love to take a class on Illustrator, but it probably won't be any day soon. 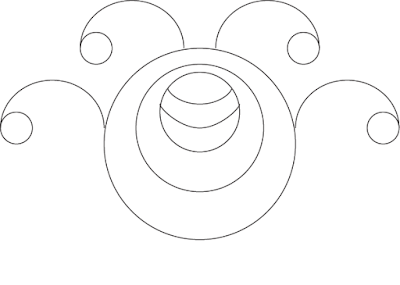 Then I started playing around with turning this into a flower.  I tried many ways to make a curl to connect the circle, but this is the one I finally liked. 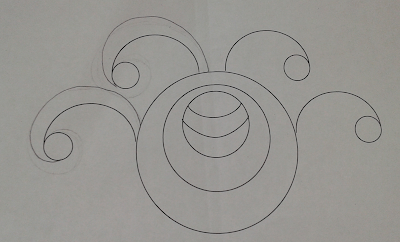 Next I used the window (you could use a light box) to trace the other side. 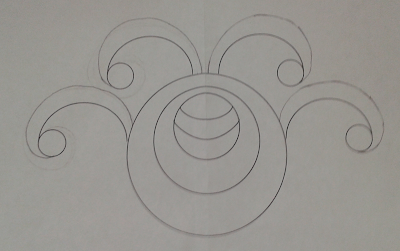 Then I tried adding a third curl again.  It looks okay, but I wasn't sold on it.  I decided to try something else.  I wore out a whole pencil eraser in this process! 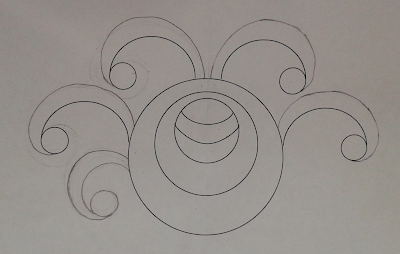 Next I decided that maybe I needed to add a curl going to the bottom of the circle to make it look like the base of the flower. 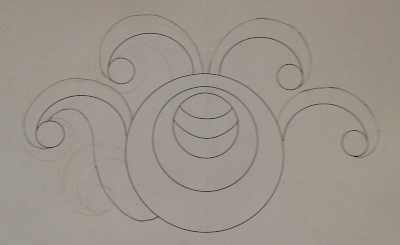 Then I decided to try adding another layer to the upper curl.  I didn't like this one at all.  It seemed to skinny and didn't really work. 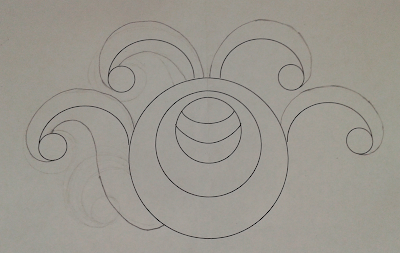 Next I got frustrated with adding a line to the upper curl so I decided to try playing with the space between the upper two curls.  I added a peak which is common on applique flowers.  I tried a curved shape, but this pointed one worked better. 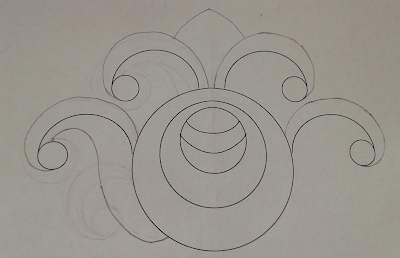 Then I decided that the upper curl really did need another piece.  I went with a thicker piece to match the line I added to the bottom curl.  I redrew this line half a dozen times until I was satisfied with it's thickness. 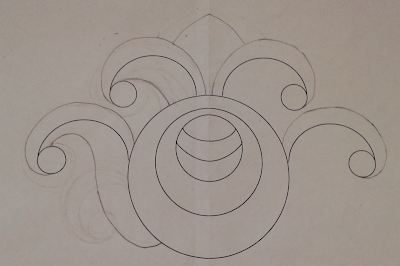 Finally, I used the window again to trace the right side so the flower was symmetrical.  I am very happy with the final result.  It was definitely inspired by original ironwork picture, but has been manipulated a ton and I feel like it's now my own design. 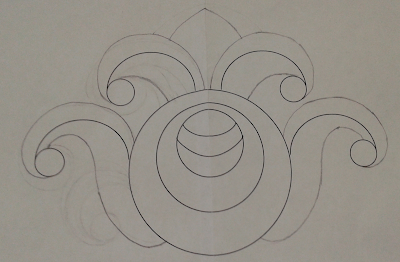 That was fun!  I love design work.  This probably took me 30 minutes total to create.  Sometimes designs come fast like this and other times it takes me days.  Now that I have a flower it would need a stem and some leaves and a block arrangement.  Someday soon I'll get to that, but this enough for today!

Posted by Websterquilt at 7:14 PM

Email ThisBlogThis!Share to TwitterShare to FacebookShare to Pinterest
Labels: Inspiration, Turning Inspiration into a Pattern