Yesterday Lori Kennedy of the Inbox Jaunt issued a doodling challenge.  She suggested you combine three motifs and some background fills to complete a design.

I picked her Honeycomb Leaf, Fantasy Flower and my own Websterclams.  I decided to start with a frame of Websterclams. 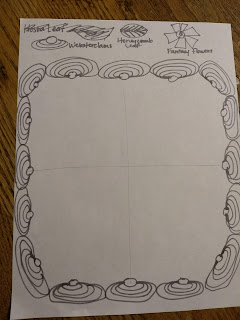 Then I added a fantasy flower in the center. 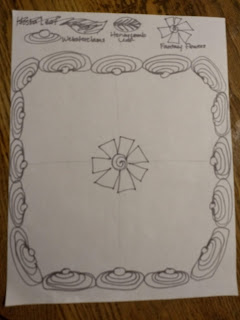 I decided it needed an outline. 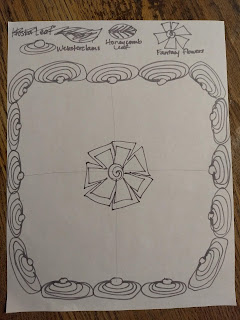 Then I added four Honeycomb Leaves. 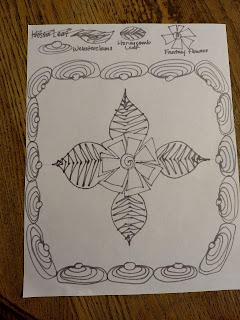 They too needed an outline. 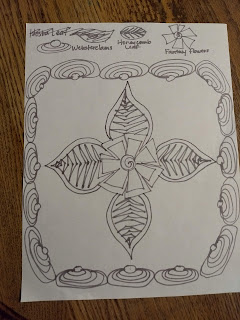 And some partial Fantasy Flowers.  I love it at this point. 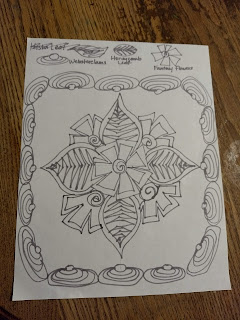 I did an echo inside the clams. 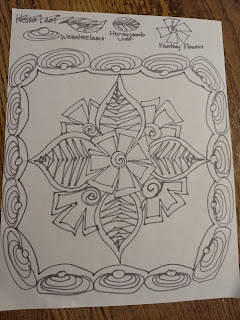 Then doubled that echo....not my favorite, but you can't erase sharpie and it's just a doodle. 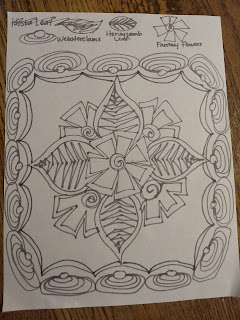 Now for a background.  Wavy lines.  Ick.  They get lost. 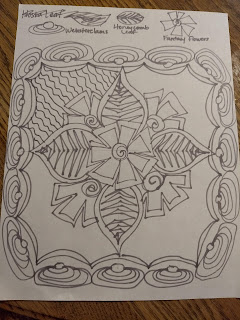 Make the waves look more like cross hatching by going in both directions?  Ick too. 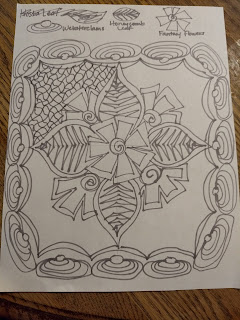 Straight lines?  Better.  You can see the motifs more. 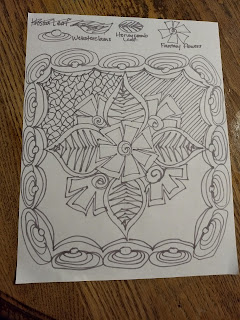 Bubbles.  They're okay.  But they'd be better at a smaller scale I think. 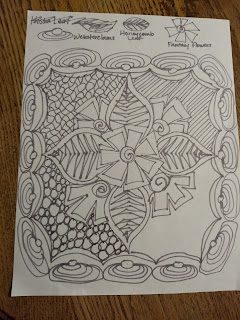 Lots of echoing in the last corner?  Eh.  It's okay, but not great.  It goes to show that the background fill can really make or break motifs! 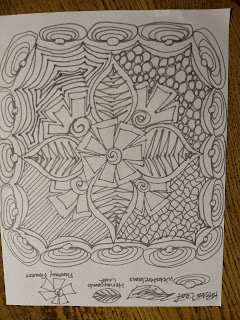 I hope you get to quilt and doodle today!
Suzy
Posted by Websterquilt at 2:00 AM