When I was making my blocks for A Little Paint and  Little Applique, I finished this block and it just didn't want to play nice with the others.  It's a bit darker in value and it just doesn't pop against the medium gray background.  So I made another block in the same pattern for the quilt, but this block became a test block.

What to do....this quilt is going to be quilt as you go and the blocks are not all the same shape, so how do I make the blocks mesh together?

I started by simply stitching about 1/8 inch away from the edge of the applique.  I know I'll need to go back and do some stitching in the paint eventually.

I decided to try stitching this in a slightly lighter gray thread.  It lightens the background and lets you see the quilting clearly.  It also shows EVERY mistake....but this is a test block and I like how it looks, so I'll probably go with it for the actual quilt. 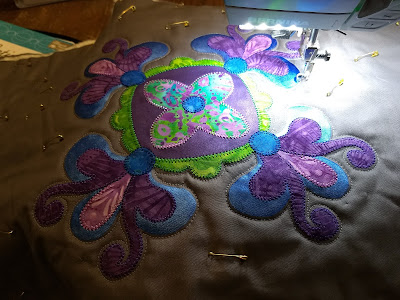 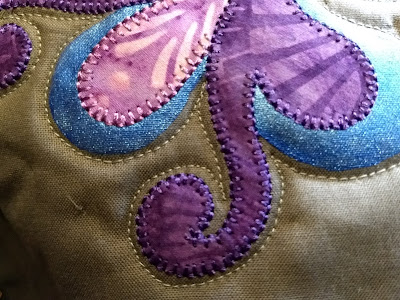 I then did a curvy echo line about 1/4 inch wide.  I plan to split the block into roughly four corners and quilt them all differently. 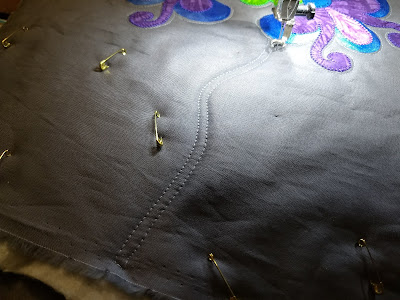 I then stitched three echo feathers. 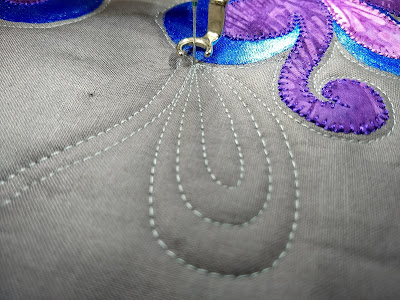 Then I added some curvy points to the feather and outlined it. 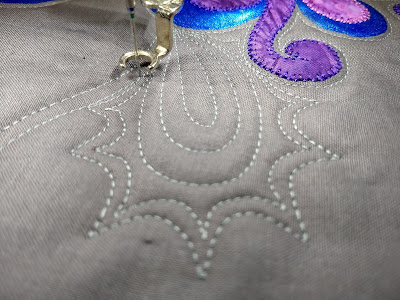 Then traveling along to get to the next one. 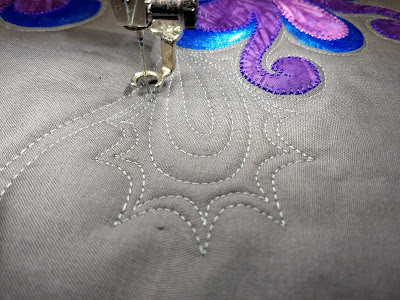 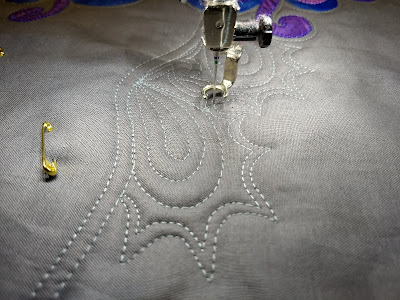 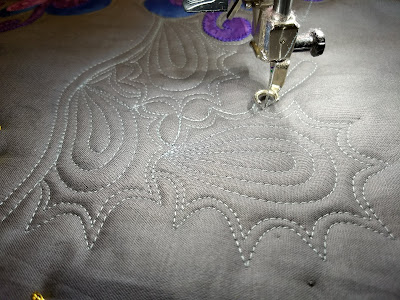 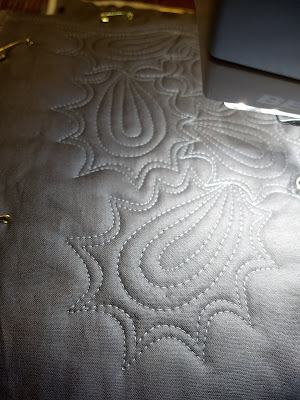 Here I tried to make it look like the one went under the edge of the applique. 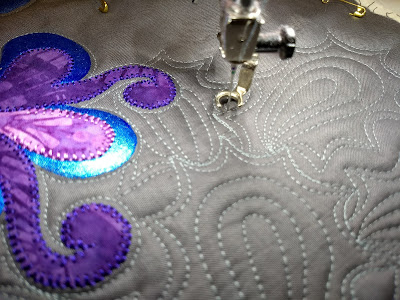 I added a second echo line as a stopping point. 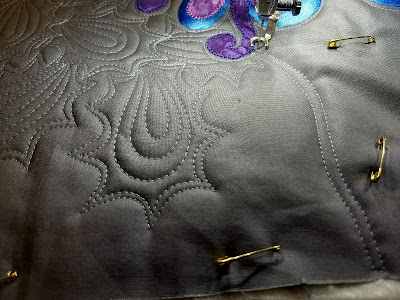 Around the very edge I decided to echo all the points. 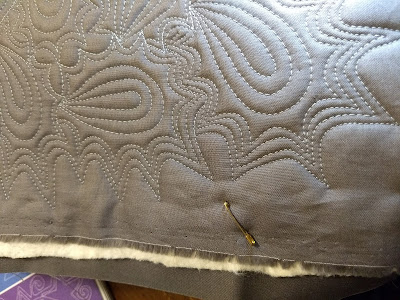 All stitched out.  It gives such movement! 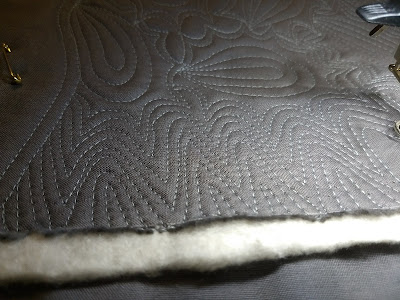 First corner done.  Come back next week to see more progress.  One reason I chose to do the echo in the corner is that I'm not quite sure where this will be cut off. 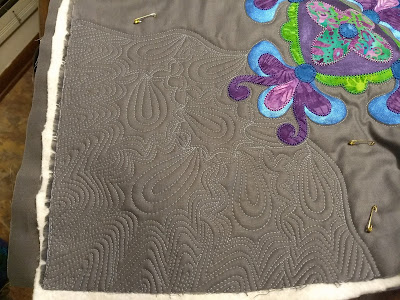 After a chaotic week at work so far, this brought me some serenity.

I hope you get to quilt and find your serenity too today.
Suzy

Email ThisBlogThis!Share to TwitterShare to FacebookShare to Pinterest
Labels: #freemotionquilting, A little Paint and a Little Applique, Free Motion Friday