Kaboom goes to Houston and gets Fixed too!

I was thrilled this week to learn that my quilt, Kaboom!, got into International Quilt Festival Houston this November.  I also have a new group quilt that will make it's debut there.  Both of these quilts have been in the works for 4-5 years before completion.  Granted there were times when they weren't being actively worked on, but it's amazing to see them both come to fruition. 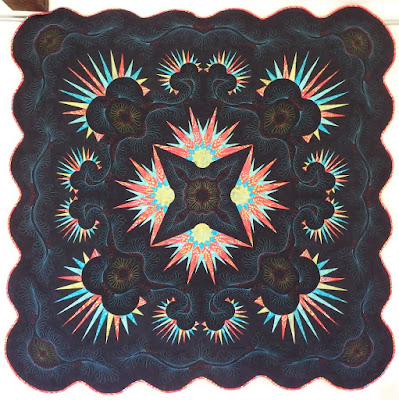 When I hung Kaboom! on my parent's wall to take a picture of it that would be submitted to shows I realized that the large orange rays were causing the quilt to distort and not hang flat.  All the other areas were quilted to death, but I'd left these open with just stitch in the ditch around the edges.

I was curious what comments would come back from Home Machine Quilter's Showcase, it's first show.  Sure enough the judges commented that the orange spikes needed more quilting.  SIGH.  I knew they were right, but the reason I hadn't quilted them in the first place was that I couldn't figure out what to do with the print in the fabric.  I didn't want to quilt over the circles in orange and I didn't want to quilt the background in anything other than orange.  I tried a few different ideas and ripped all of them out. 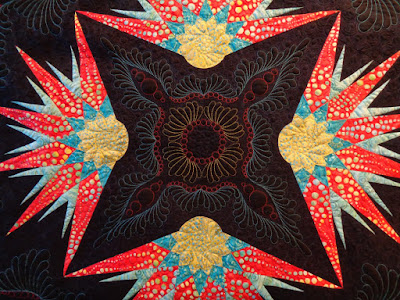 Then, as luck would have it, I was having a Facebook conversation with an amazing quilter friend and was telling her about the problem.  She suggested dots.  I began to think that instead of outlining all those dots in the print I could just make big dots around the dots in the print.  I had to try it. 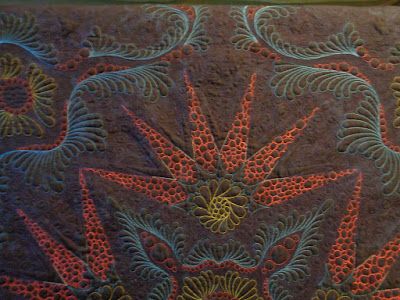 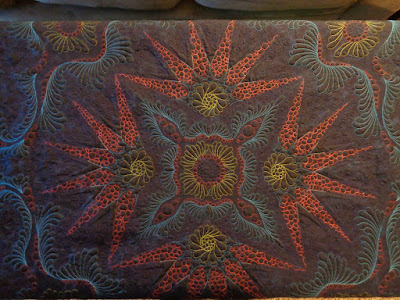 I am super thrilled with the results and the back looks AMAZING!

Here are a few more closeups of the quilting. 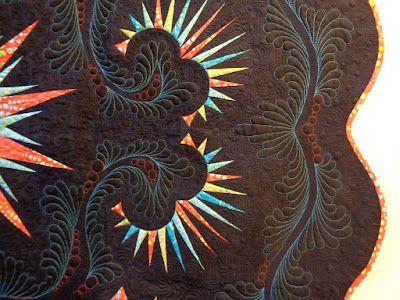 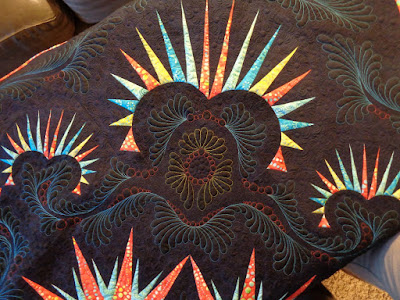 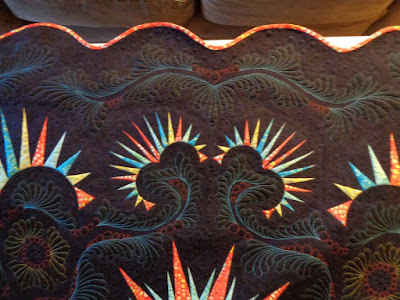 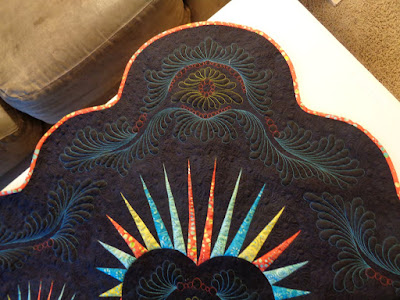 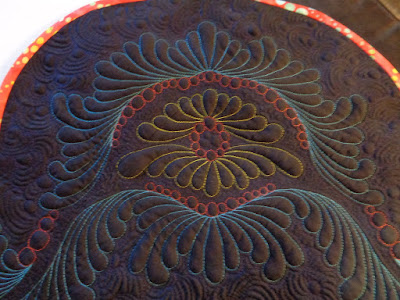 I've heard back from 2 people who are planning to make my Bricks Quilt (here for pattern) and do my free motion quilt along!  I hope you join in the fun.

Look for a new applique project coming next week!